Tom Beuerlein
I hate profiles that ramble on about ones self. So shamless and self promoting. Clearly a person is a bad judge of their own character. Like someone trying to read a book that is inches away from their eyes. So instead I'll ramble on and on about Teddy Roosevelt. What a hero, am I right!? I mean not only does he get shot before a speech and delivered it any way but he also saved a baby bear cub from hunters. However don't let that fool you. After his presidency he went on an African safari where he and his companions killed over 11,397 animals! Six of them were rare white Rhinos. Yes a true American hero, he goes to other countries and kills their animals. 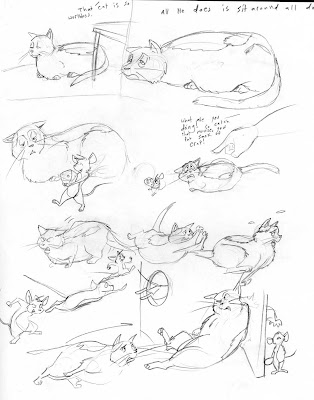 Ok I finished this idea, which I'll sum up real quickly cause I'm a building thats shutting down. So there's a really fat cat whose pressured into chasing this mouse by his owners. Once the mouse realizes that he's in no real danger (due to the cats incredible girth he decides to mess with him. 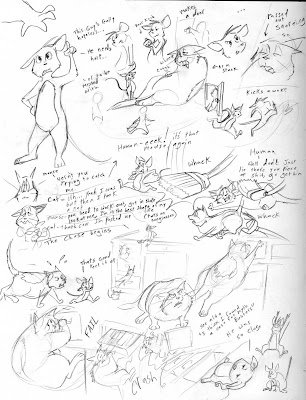 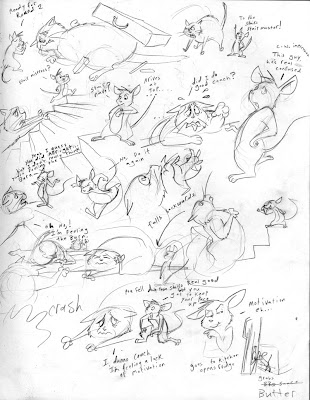 The mouse tells the cat that he needs to work out and the chase begins and the mouse climbs up a book case that the cat fails to overcome. After hilariously falling to the ground the chase continues to the stair case. By the time cat gets to the top the mouse has been waiting for him. He informs the cat that he is not properly "feeling the burn" and kicks his ass right back down the staircase. 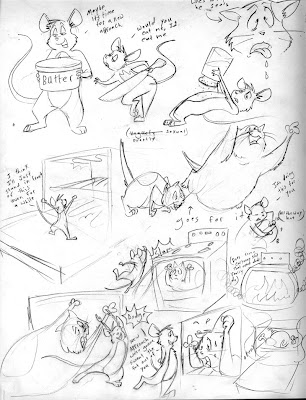 Once at the bottom the cat informs the mouse of his "lack of motivation". upon hearing this the mouse covers himself in salt and butter to wet that cats appetite. The cat tries to catch the mouse but he dodges out of the way sending him into the oven. He cranks the heat all the way up and the cat comes out as a roast duck of some sorts. 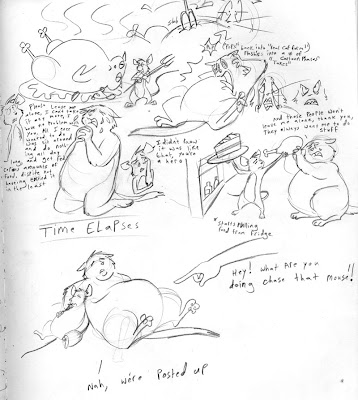 The mouse sticks him with a fork and he abruptly comes back to action only to break down crying. He explains that he is just a simple and lazy cat who never wanted to do anything. The mouse sympathizes with the cat while cleverly consoling themselves with food from the fridge. Some time elapses and we see that their weepy bonding moment has left themselves bloated from all the food they've been eating. The cat's owner shows up once again to encourage the chase but now both parties are content in saying fuck off.
Posted by Tom Beuerlein at 6:04 PM No comments: 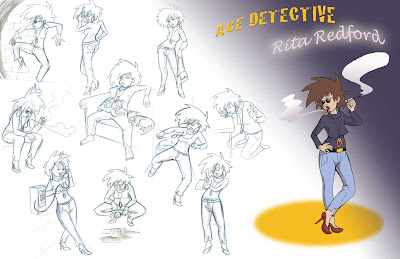 Hello again. I present to you today Rita Redford. I sort of see her as 28-34 year old white woman who snorts a lot of coke and tries to solve crimes. However she is not an official detective and is unemployed. Most of the crimes she would be solving would either be petty cases that poor and ignorant people call her for (since they don't want to spend money on a real detective). Or cases she takes upon herself (usually a coke fueled delusion).

She is horribly lonely and despite her constant attempts to appear sexy and dangerous she is usually viewed as "weird" and "undesirable". 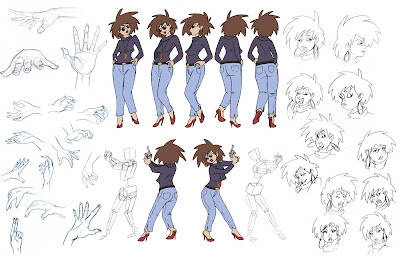 Any ways I'm working on larger project right now. I'm starting to understand how good ideas so frequently get widdled down to mediocrity, and how art that gets away from the artist is always doomed to it. Anyways more on that later. (if I still feel bitter)
Posted by Tom Beuerlein at 7:48 AM No comments: